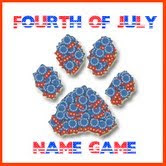 The party in Hawaii continues as we eat poi and take a tour of the island! While on bus 55, we played Frankie's name game.
The truth is, I don't know why I got my name. One of my previous owners named me Sally; it wasn't a name Dawn would have picked. But I answered to it and Dawn decided to at least put her own spin on the name. The Y was changed to IE and now you all know me as Sallie!
Alien is named Alien because, well, he is an Alien. Tee hee. And his Hicbar name is really hard to pronounce. It comes out like a series of low gutteral sounds in his language. That is why when he speaks we have to translate it. Same with Evil Freddy. His name kind of sounds like Freddy. And the evil part, well, I'm sure we will see more of that. Speaking of Freddy. I wonder where he went? I hope he isn't causing havoc somewhere on the island...
Everyone on the bus! 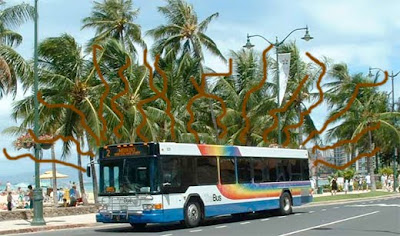 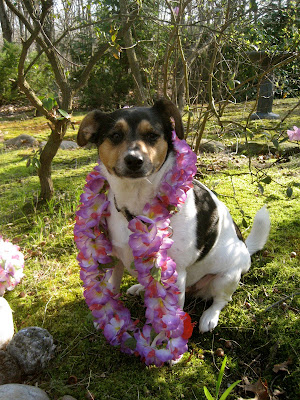 That's the bus? I have a feeling today is going to be one crazy Hawaiian adventure! 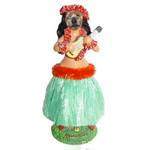 Thank you, Molly for our awesome award! 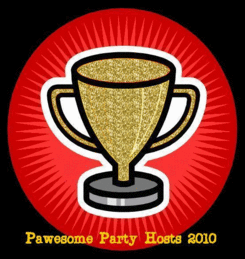 Sallie, I think your name is as beautiful as you are! I especially like the spelling... it goes so well with your middle name!

Gotta get back to the party! I think Puddles is going to save me a beer but if I'm not there, she'll probably drink it! ;)

Sallie is such a nice a name and I can certainly understand why she kept it! It suits you!

I am having so much in Honorooroo. The best part is that Molly has arrived from England! You know, she and I have been carrying on kind of a long distance relationship for some time and now we get to spend the day together! Yea!!!

Hi Sallie
Your name fits you like a glove. Mom's best friends name is Sally!!!

I hid a cooler of beer under the backseat of the bus.

I'm so psyched that Molly is here!

Lucy and Sally (or Sallie) has always been my fave name for gurl dogs and you has one of them!

We love your name, Sallie - seems to suit you well. Our Mom has an "ie" on her name too. We are all on the bus waiting for all our exciting adventures of the day - do you have any idea where we can find Puddles?

Honolulu has been lovely!

I think your name suits you. Mom says she wouldn't have chosen Morgan's name as it is, either, but that it is what she's used to, and that's important, too!

miss sallie!
thanks for playin' mr. frankie's name game! i like your name! it's very cute 'n sweet like you are. i also like that your mama changed the spelling from the -y to the -ie cuz it's more southern that way. teehee!
happy independence day, and let's get on the bus!!
*woof*
the booker man

I LOVE your name. It must have been meant to be your furever one. Lovin' the bus tour!!! The Poi... not so much.

Lola and also Franklin, too said...

I think Sallie is a pretty name and suits you very well, however you came by the name. Pawty on, but be safe.

We like your name, Sallie! :) We are glad you translate for Alien. Otherwise, we'd have no idea what he's talking about!
~Milly and Shelby

The Adventures of the LLB Gang said...

Thanks for such a wonderful pawty!!!

i really like sallie and i think it suits you well. :)
it sounds super sweet and you are super sweet.
that tour is great--ahhhhh hawaiiiii....

I like your name too, Sallie!
Thanks for sharing the story!
The party has been pawesome!
Kisses and hugs
Lorenza

Sallie, We have been having so much funs in Honorooroo! You are the Hostess with the Mostess!

My mom loves to look at pikturs of you, cuz you reminds her of her very furst dog ever. A VERY Extra-Smart Fox Terrior named Sugee!

See you on da Bus!
MinnaK