Fairy Tale Romance: The Princess and the Pea 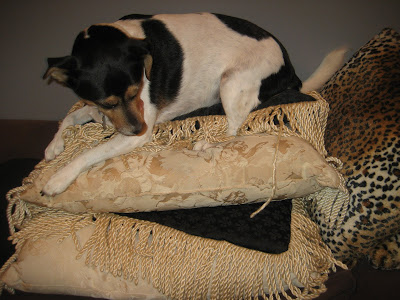 Once there was a beautiful princess, named Sallie, who wandered through a time portal and wound up on a different planet. 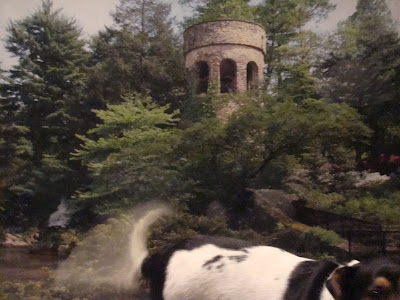 In the distance she saw a large castle and headed out on foot. It started raining. 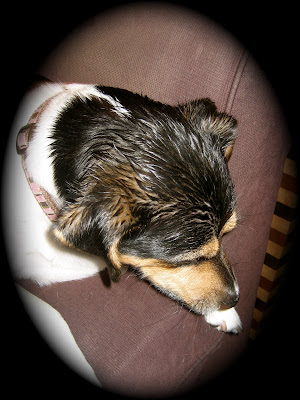 "I hate being wet!"
The queen of the castle didn't believe she was a doggy princess, she looked like a drowned rat. But the handsome, green prince hoped Sallie was! He'd never seen such a fascinating creature before. He begged his mother to let her spend the night. 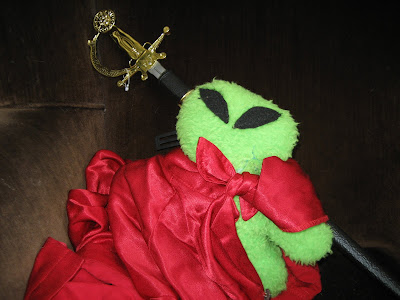 "Hey, beautiful. Want to spend the night?"
The queen, worried her son was being deceived, devised a plan. Real princesses were used to the fine things. So she placed a Hicbarian Moonberry under several pillow beds of which Sallie was to sleep. 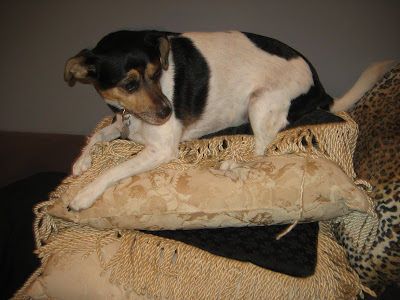 "Good thing I can jump high. What the heck is that lumpy thing?"
The next morning, the Queen asked Princess Sallie how she slept.
"Ok, except I felt this lumpy thing. I thought a bone might be buried under the mattress, so in the middle of the night I tried to find it. All I found was some weird berry. Sorry, but there are a bunch of feathers on the floor now. Hey, Prince Alien. Do you think we could have some breakfast?"
The green prince, convinced this sensitive and smart princess was the one for him, proposed on the spot. 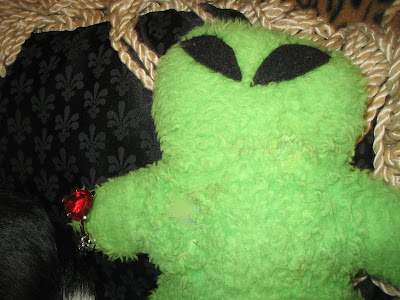 "If you marry me, I will give you all the bones you want!" 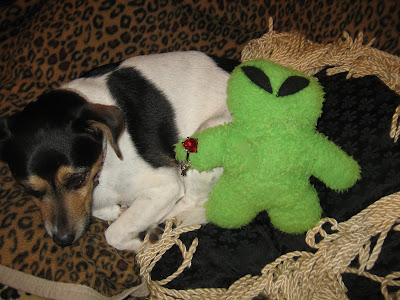 "Awww. What I really want is a normal bed. I haven't slept a wink!"
And they lived happily ever after.
The End.
For the real version of the Princess and the Pea, by Hans Christian Anderson, click here!
Posted by ♥ Sallie at 1:19 PM

Labels: Fairy Tale/Romance: The Princess and the Pea

Ruh roh, Rosie just hit the Cheetos ...you know she hates to see you with other women!

We love a happy ending!
What finer princess could the alien prince find.
Wags, Dip Bridge and Elliot x

SIGH... What a WONDERFUL Story. I love HAPPY TALES and HAPPY TAILS.

Mom loved this version! She teaches third grade and thinks this is a great version! :)
~Milly and Shelby

Oh, how romantic! I think Lilac would have loved starring in this tale. Sallie, you're a lucky girl!

Love stories always tug at my heart! I am furry happy you took the Prince up on his offer. Who can pass up free bones for life?! Plus, the guy had a beautiful red rose in his hand for you. I think he loves you! <3

What a terrific princess and the pea story! Though odd ;) you two make the pawfect couple :D

Happy Holidays to all of you! :D

Such a beautiful princess!