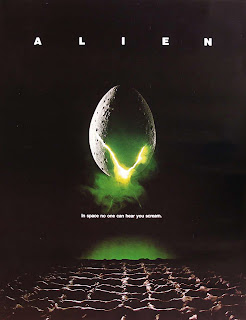 When I first came to Earth five years ago, Sallie told me about a movie called Alien. I had witnessed hostel beings before in my travels, but I'd never encountered anything to match the imagination of human beings. And so I found myself researching not other Aliens, but the creator of the Alien monster, an artist named HR Giger. 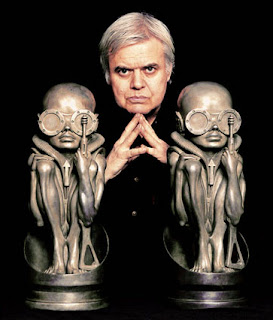 "H.R.Giger achieved international fame with his work on Ridley Scott's Alien. In 1980, he received the Academy Award for "Best Achievement for Visual Effects" for his designs of the film's title creature and its otherworldly environment." (http://www.hrgiger.com) 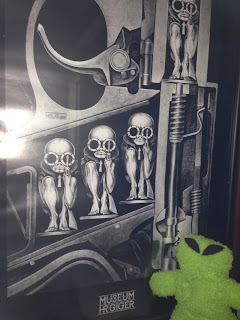 It didn't take me long to fall in love with his artwork. 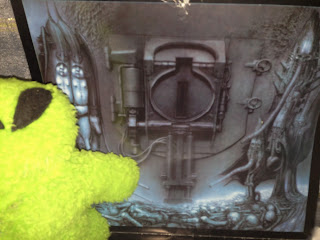 The mix of human and machine, often called Biomech or Biomechanical Art, might be one way to describe his creations. 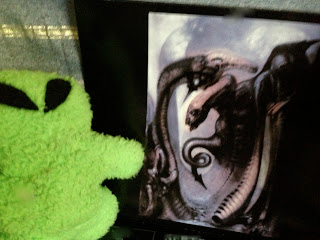 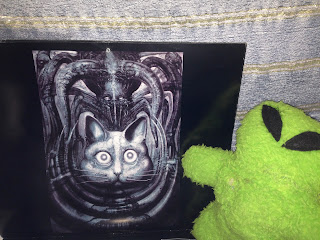 Looks like this kitty got eaten by something. Or maybe kitty got a souped up body? 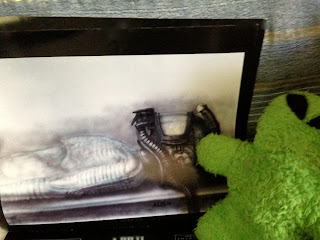 This looks like something I found in the FBI lab. 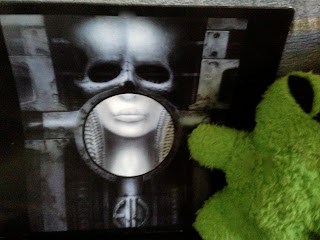 I'm fascinated by this one. Reverse X-ray?

To find out more about the artist, HR Giger, and his connection to the Alien franchise, be sure to visit his website. http://www.hrgiger.com/

Hi Alien its good to see you again, I wonder if you could put baby angus in one of those machines just to see what it would do to him, .....um........
stella rose

We think all cats are Aliens. That just supports out theory.

Alien my handsome pal, where have you been(blushing)? Have I been missing your posts or have you been exploring the planet?? This is a very interesting post. My Mom is a big fan of the Alien movies so she found it particularly interesting. Take care and keep in touch(looking down kicking at the dirt), I have missed you.

Thanks for sharing your research. That's interesting stuff!

Didn't we run into him at the Martini Bar a hop, skip and three moons from Jupiter? I seem to remember a long discussion about the meaning of cheeseburgers, I mean life over many many drinks.

Yikes....I's so hap-pee dat you is a CUTE Alien and not a scary one!

I think you have been in the bushes- cause I saw something green walking around.
love
tweedles

Wow, that research is fascinating, Alien!

Oh, how is Sallie doing?

Nice one! Those are so cool. Have a wonderful Wednesday.
Best wishes Molly

Wow - that is very cool research!
Love his artwork - thanks for introducing
it to us!
Stewey

We love all your cool alien pics, very scary and interesting!
Dip Bridge and Elliot x

We are leaving town
Benny & Lily

I've never heard of this H.R. Giger guy. He sure does have some interesting artwork. Thanks for sharing.

Hi Alien!!! Hmmm, none of those Aliens look like you but the Giger Alien creature used to scare us to death back in the day! BOL

HR Giger has a pretty interesting imagination. We can see where you would be fascinated by his art, Alien. thanks for sharing and giving us a bit of art education.

That is some very cool artwork! I've been wondering what you and Sallie have been up to lately!

Did hid artwork make you a little homesick? Hope not. Cools pics. Thanks Alien for sharing.